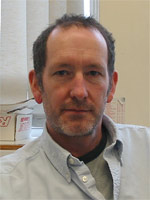 Steve Foster has taught law at Coventry for over 40 years and was Head of Coventry Law School until 2017. He has recently received a long-standing teaching excellence award from the Faculty of Business and Law, and was recentl nominated for OUP's Law Lecturer of the Year. He has taught contract law, employment law and business law and now specialises in human rights, prisoners’ rights and research skills and legal writing. He has published widely in various journals – such as Modern Law Review, Public Law and European Human Rights Law – on human rights, prisoners’ rights, administrative law and freedom of expression. He is also the author of several textbooks including Human Rights and Civil Liberties (Pearson 2011), Legal Writing Skills (Pearson 2019) and (with Mark Ryan) Unlocking Constitutional and Administrative Law (Routledge 2018). In 2007 he was awarded a PhD by portfolio for his writing on prisoners’ rights – the first member of Coventry University to be awarded that degree. He has been an external examiner at various universities and has been editor in chief of the Coventry Law Journal for 25 years, where he encourages early researchers (and students) to publish.

Steve Foster has researched and published in employment law, administrative law and judicial review, human rights and legal writing. He has written nearly 300 articles and case notes and several textbooks and chapters in texts and specialises in UK and European human right law and prisoners’ rights. He is currently researching, press freedom and intrusions into privacy, the UK’S proposals to repeal the Human Rights Act 1998 and replace it with a British Bill of Rights, and the saga of prisoner voting rights. He specialises in press freedom an celebrity privacy cases and various aspects of free speech. Steve also collaborates with colleagues who specialise in other areas of law and has written many joint articles on human rights and its relationship with crime and criminal justice, EU law, taxation, tort, contract, corporate law and property law.

Human Rights, judicial activism or deference and the case of assisted suicide

Interfering with editorial judgement, making 'good television and the loss of the public interest defence