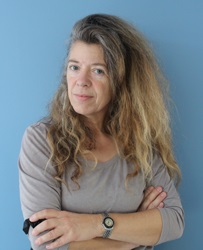 Sarah Whatley is Director, Centre for Dance Research. Her research focuses on the interface between dance and new technologies, dance analysis, somatic dance practice and pedagogy, and inclusive dance. The AHRC, the Leverhulme Trust, Wellcome Trust and the European Union fund her current research, which is broadly focused on the impact of digital technologies on tangible and intangible cultural heritage. She led the AHRC-funded Siobhan Davies digital archive project, RePlay, and has worked with Davies on other artist-led research projects. She is founding Editor of the Journal of Dance and Somatic Practices and sits on the Editorial Boards of several other Journals.

Sarah supported the development of the Routledge Performance Archive in her role as Academic Consultant: Digital Environment. She was an assessor for the 2014 REF exercise (Panel D35) and is a Strategic Reviewer and member of the AHRC Peer Review College. She is also an Evaluator for the European Commission.

My research is inspired by my deep interest in how dance artists document and publish their choreographic thinking in different modes, and how audiences become co-creators in art making practices. The collaborations that I have with researchers and artists, arts companies and organisations, both in the UK and overseas, are very important to me because it stimulates productive dialogues and leads to new insights about dance as a creative cultural practice.

2016     Identity and Governance of Bodily Extensions: The Case of Prosthetics and Avatars – Wellcome Seed Award in Humanities and Social Science (partner)

2014     In the Dancer’s Mind; Creativity, Novelty and the Imagination; Leverhulme  (Co-I)

2014     Civic Epistemologies – Development of a Roadmap for Citizen Researchers in the age of Digital Culture; FP7 Capacities Programme (partner)

Dance Fields: Staking a Claim for Dance Studies in the 21st Century

Urban Identities Past and Present

Body Realities: strategies for inclusion in dance in HE