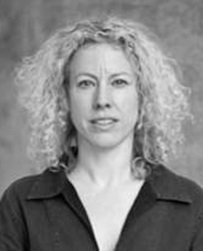 A Senior Research Fellow in the Centre for Dance Research, Ruth investigates and creates new performance spaces using digital technology. Her commitment to the field of interdisciplinary and collaborative research was recognised in 2010 when she was awarded a three year Arts and Humanities Research Council (AHRC) Creative Fellowship to examine image interpretation through motion capture, dance and computer visualisation. She has received a National Endowment for Technology and the Arts (NESTA) Innovation Award for SwanQuake and a Henry Moore Foundation New Commission for VISITOR. Her first work with Martelli Windowsninetyeight won a British Academy of Film and Television Award (BAFTA) nomination for Interactive Art. More recently she won the Lumen Prize for MAN A, an augmented reality project.

Ruth has worked as a motion capture performer, supervisor and advisor for Vicon, Motek, Animazoo, Televirtual and for the BBC. She co-authored SwanQuake: the user manual, a selection of articles and essays opening up discursive reflections on the making of an interactive artwork, do-it yourself instructions of the process and the ontology of game art.

Skinner Releasing Technique underpins her practice, she is a certified SRT teacher and combines the technique with her performance technology research.

Gibson’s current practice examines the postmodern notion of simulacra. This concept is based on the idea that nothing is real, the world is a series of interlocking illusions, swimming in a sea of media driven images and signs that are bewildering and ultimately uninterpretable. Her desire is to play in the spaces between the 'real' and the 'imaginary' to provide a counterpoint to simulated landscapes via the human form. She exploits virtual reality to explore the relationship between the natural and the artificial in both wilderness and urban environments. The creative expansion of interface development into new territories evolving science, new display technologies and somatic practices is at the heart of her research.

Art of the Accident

A Virtual Reality Exhibition - Enter Through The Headset 4

AHRC and EPSRC Next Generation of Immersive Experiences