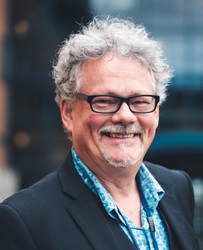 Math Noortmann joined the Centre for Trust, Peace and Social Relations (CTPSR) at Coventry University in November 2014. Before that he taught and researched at Universities in the Netherlands, Singapore, Germany, and the UK. He holds a Ph.D. in International Law (university of Utrecht) and a M.Sc. in Political Science (VU University Amsterdam). He Chairs the Non-State Actor Committee of the International Law Association and Convenes the International law Working group of the British International Studies Association. He initiated and is the Editor in Chief of the Ashgate series on Non-State actors in International Law, Politics and Governance. He participates on various advisory and editorial boards. Before he became a full-time academic, he was the project–coordinator of an environmental project in Romania. As an academic, he led several educational and training projects in Indonesia, China and Central and Eastern Europe. Currently, he participates in international projects with partners in The Netherlands, Germany, Australia, Indonesia and South-Africa.

Armed Violence and Illicit Activities; Roles, rights and responsibilities of non-state actors from the perspective of law and politics.

Our life world is a complex socio-political environment in which we hold different normative worldviews. Aspiring to understand and explain our global conflicts, I critically engage popular and one-dimensional explanations of those conflicts and question easy solutions. As an academic and as a responsible citizen I have the obligation to interrogate the solutions that we come up with. I seek to comprehend the (dis)entanglement of law and politics. I try to understand why states and non-state actors fail to interact in accordance with established norms and principles and explain it in a manner that might contribute to a process of transformative change.

Decreasing the vulnerability of Indonesia’s fishing communities: countering the threats of illegal and unsustainable fishing.