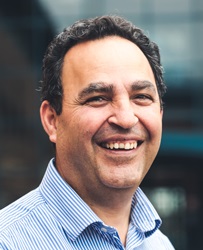 Dr. Marwan Darweish is a Principal Lecturer who joined the Centre for Trust, Peace and Social Relations at Coventry University in 2009. He is the Course Director of the MA in Peace and Conflict Studies and Director of Post Graduate Certificate Course in Conflict Resolution Skills.

His current research focuses on peace processes, conflict transformation and nonviolence resistance. Dr. Darweish carries extensive experience across the Middle East region and has a special interest in the Israeli/Palestinian conflict. He worked for over 30 years for social political change in Palestine and Israel. He recently led a team of researchers to implement a research project on the nonviolent movement in the Occupied Palestinian Territories and the role of Israeli and international peace and solidarity movement, funded by the EU. He has considerable international experience in leading training courses in conflict transformation and peacebuilding, and in undertaking consultancies for several international and local organisations in the Middle East and Africa. His is the co-author of (2015) Popular Protest in Palestine: The History and Uncertain Future of Unarmed Resistance, London, Pluto Press.

Prior to his current position, Dr Darweish worked as Senior Peace and Advisor, with Responding To Conflict (RTC), an international organisation based in the UK, previously he lived and worked in Jerusalem

Unarmed resistance, “hidden resistance” in Palestine. Conflict transformation and peacebuilding training in English, Arabic and Hebrew. Worked in the Middle East and internationally; Africa and South Asia, with special expertise in Palestine and Israel.

I am deeply concerned about the growing violent response to social, political and economic injustices in the world and the lack of constructive peaceful interventions. I believe that active nonviolence civil resistance and conflict transformation is the key to transform structural and direct violent conflict and address social injustice and change the imbalance of power relation between the conflicting parties. My research aims to develop practices and knowledge to enhance successful peaceful resistance in partnership with local and international movements and to inform policy makers.

Conflict resolution and asymmetric conflict: The contradictions of planned contact interventions in Israel and Palestine

History education in schools in Iraqi Kurdistan: Representing values of peace and violence

The internationalisation of nonviolent resistance: the case of the BDS campaign