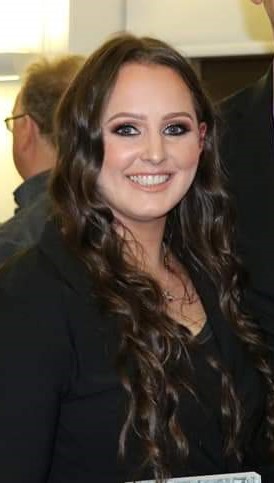 Dr Marisa McGlinchey is an Assistant Professor in Political Science. She joined Coventry University as a Research Fellow in 2012 after having completed a PhD in Irish Politics at Queen’s University Belfast. Her thesis examined the decline of the Social Democratic and Labour party in the post-Good Friday Agreement period. Dr McGlinchey currently holds a book contract with MUP to publish her thesis. Prior to her PhD Marisa received a Masters with Merit in Irish Politics from Queen’s University. Her thesis examined the on-the-runs legislation in the North of Ireland.

In 2012 Dr McGlinchey was selected as one of ten people from Ireland to undertake the Women in the Workplace programme which is certificated by the Irish Institute at Boston College, USA. Between 2009 and 2012 Dr McGlinchey taught in the Politics Department of Queen’s University on several courses including Irish Politics, UK devolution and Politics in a media culture. Dr McGlinchey has undertaken extensive field research in Ireland, the Basque country and Israel-Palestine and has presented her work widely at academic conferences and summer-schools. She is a member of the Political Studies Assocation and the Political Studies Association of Ireland.

I am a political scientist interested in social and political mobilisation. My work aims to achieve an understanding of on-the-ground mobilisation in Ireland, the Basque country and Palestine. In academia these issues are often presented through a security orientated lens. In contrast, my work seeks to illuminate the motivations and aspirations of political activists through on-the-ground research. The peace-process in the state of Northern Ireland has been sold world-wide as a ‘model peace-process’. My work on Irish republicanism and so-called ‘dissident’ republicanism throughout Ireland seeks to illuminate the unresolved issues of this process and the imperfect nature of this peace.

Does Moderation Pay in a Consociational Democracy? The Marginalisation of the SDLP in the North of Ireland

Conference: Dissent! Histories and meanings of opposition since 1968