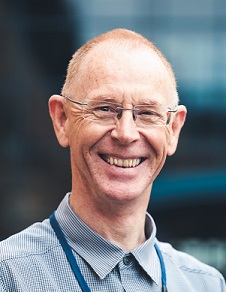 Professor Gordon Crawford joined Coventry University in October 2015 as a Research Professor in Global Development in the Centre for Trust, Peace and Social Relations. He has a BA in Sociology, MA in Development Studies, and PhD in Politics from the University of Leeds. Previously he researched and taught on Development Studies programmes at the University of Leeds from 1993, and became Professor of Development Politics in 2008. He was founding director of the Centre for Global Development at Leeds. His research has involved work in Southern Africa, Indonesia, Nepal, and, most notably, in Ghana. He is currently an editorial team member of Africa Spectrum, and a former co-editor of Democratization. Prior to an academic career, he worked in welfare rights and community development activities in the UK, as well as in adult education.

My research focuses on the nexus of human rights, democracy and development, especially in countries of the Global South where issues of inequality and deprivation remain most intense. I am interested in people’s struggles for the rights that they are often denied. While liberal democracy may provide a more favourable context for social justice struggles than autocratic ones, I am especially interested in struggles to deepen democracy through innovations in participatory democracy. Neo-liberalism has intensified poverty and inequalities globally over the last three decades and social movement struggles to challenge its hegemony and to achieve social transformation are crucial.

Summer School on the ‘Politics and Economics of Aid’

Transformative Justice after Mass Violence: The Role of Non-Governmental Actors